Harald A. Summa, DE-CIX CEO, Explains the Importance of Peering

Internet users hate it if phone calls and videos are choppy or cut off due to poor quality; advertisers really dislike it when viewers can’t see the ads they paid so much money for. 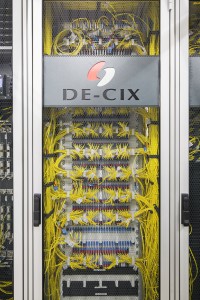 In times of exponentially growing Internet traffic and more sophisticated and bandwidth-consuming applications, it’s more important than ever how Internet service providers (ISPs) bring content to the end users.

To deliver Internet traffic, networks use their own backbones or pay other, bigger networks to “transit” their networks. These transit prices are steadily dropping around the globe. While many think this means that delivering Internet traffic will soon become close to free, the cost of delivering IP traffic to its destination has important components other than just price. Performance, quality and security are all key criteria that deliver an excellent Internet experience.

Performance: The role of Internet exchanges

The Internet today is becoming more decentralized, moving closer to the customer, and our Internet exchanges are evidence of exactly that. In the early days of the Internet, content and interconnection points were all in a few central locations. For any users who were not situated right on the spot, they experienced higher latency, higher costs and lower quality.

Today’s evolution to a more decentralized Internet infrastructure – with Internet exchanges offering direct access to local metro networks – actually points to the growing importance of Internet exchanges in the future. With content increasingly being relocated closer to users, and more users continuing to come online each day, having Internet exchanges in more locations will help deliver content to customers that are farther away from the traditional major traffic hubs.

Peering is the key

Peering at an Internet exchange point allows networks to exchange traffic on a shared platform. Thereby, networks reduce the pathways and minimize the distance between the networks that deliver Internet content and networks that connect end users. The shorter the route that Internet data takes, the lower the latency, the faster the delivery, and the better the quality and responsiveness for the end-user.

So peering in dense metro areas like New York and New Jersey makes great sense for all parties, because peers can capitalize on each other’s networks to bring content directly and in high quality to a vast number of households. Peering not only increases the speed and quality of content delivery, it also improves the overall reliability and resilience of the Internet.

Peering is key to delivering the Internet performance that the end-user community expects today.

Our Internet exchange DE-CIX New York was opened in 2014, and it is transforming the local Internet community. Through its distributed NY/New Jersey network, the exchange enables peering at many data centers where it has never been offered before, and is bringing together many local networks that have not peered on their home turf before.

In addition, there are now local resellers offering access to peering opportunities on the DE-CIX platform, another first for the New York community. This can be a good option for enterprises that don’t need large bandwidths, but still want access to networks.

All of this is helping to improve the end-user experience for local businesses and residents.

Packets of data pass through many “hops” to get to their destination. Today, Distributed Denial of Service (DDoS) attacks are quite common, and they may render one network unavailable. Similarly, when big events happen (e.g., World Cup, Olympics, software updates), the network gets busy and congested, and network “hops” can be blocked or go down. An Internet exchange offers a more direct path to the content or the user, bypassing many other hops.

DE-CIX Internet exchanges offer a “Blackholing” feature, which means that we help to mitigate the impact of DDoS attacks on a customer’s network. When an attack occurs, the impacted network can issue a route update and thus redirect parts of the traffic to the DE-CIX platform, protecting the customer’s own network in the process.

At DE-CIX we are proud to build Internet Exchanges that deliver secure connectivity to strategic locations throughout the globe. In order to keep up with end-users’ growing data demands, peering is essential and DE-CIX has built a quality network that will support Internet traffic for years to come. 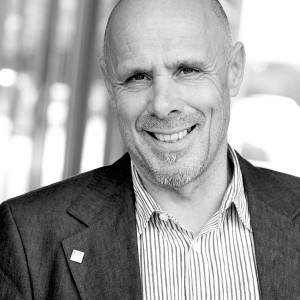