Two Trophies, One Cutting-Edge Submarine Cable: All Eyes on Hibernia Express at the 2015 Global Carrier Awards

Previous Next
Two Trophies, One Cutting-Edge Submarine Cable: All Eyes on Hibernia Express at the 2015 Global Carrier Awards

All eyes were on Hibernia Networks this past Tuesday evening as Hibernia Express, the first new transatlantic cable in over 12 years, took home Best Project of the Year – Subsea and Best Subsea Innovation at the 2015 Global Carrier Awards. The cable, connecting Halifax, Nova Scotia and Brean, England provides the lowest latency fiber-optic path between New York and London with terrestrial fiber routes extending connectivity into other major metros including Chicago, Frankfurt and Toronto.

Fergus Innes stepped up to the stage, not once, but twice to accept the trophies on 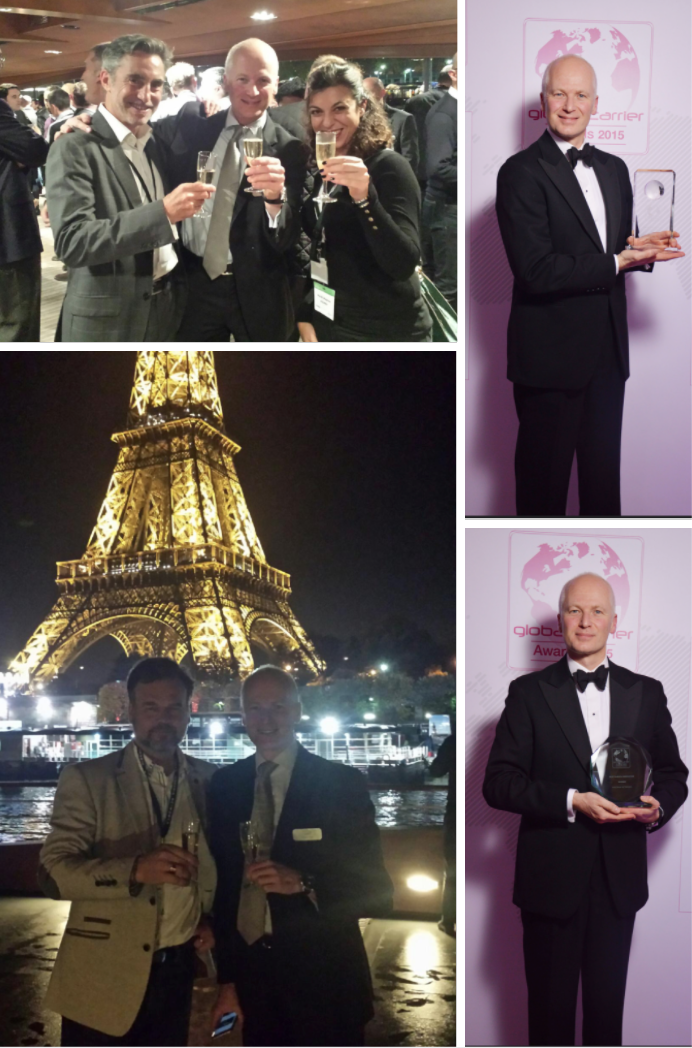 behalf of Hibernia Networks in front of the audience of over 350 wholesale executives. Hibernia Express is a game changer for the financial industry, web-centric companies and other telecom providers requiring secure and diverse low latency connectivity across the Atlantic and beyond. The cable supports 100 Gbps and will be upgradable in the future to 400Gbps to serve the ever-growing demand for bandwidth.

“After years of methodical planning and disciplined execution, Hibernia Express is commercially operational and is having a transformational impact on the telecom industry,” states Bjarni Thorvardarson, CEO of Hibernia Networks. “The Hibernia Networks team has a great sense of pride and accomplishment in Hibernia Express and would like to thank the judges for recognizing this historic project with these prestigious awards.”