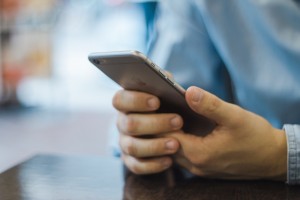 As 2018 gets fully underway, we at JSA Canada are looking forward to an exciting year of new developments and innovations in the Canadian tech and telecom industry. Recently, CBRE Group reported that although Toronto was Canada’s top tech city for 2017 with over 212,000 active jobs, the Waterloo Region is proving to be a rising tech incubator with the fastest growth rate of the country. Similarly, Microsoft recently added a significant number of new staff to its office in Vancouver, bolstering the city’s growth towards becoming an innovation supercluster.

Over the next months, the tech and telecom sector is set to continue its trajectory of continued growth. From the advent of 5G mobile connectivity to calls for a decrease in the amount of federal regulations, the Canadian telecom landscape will undergo a significant shift in 2018. Similarly, increased adoption of IoT technologies and an emphasis on greater security will also impact the industry in profound ways. To help our readers take stock of what’s happening in 2018, here is our list of top trends to watch.

By 2020, the Canadian government expects the 5G market to be worth $36 billion globally. Already, in the United States, AT&T and Verizon have both announced that they will offer 5G networks this year. 5G mobile connectivity is set to be up to 1,000 times faster than current 4G LTE mobile networks. In fact, Lloyd Switzer, Senior Vice President of Network Transformation at Telus, has said that 5G will be the “backbone” of Canada’s economic future, enabling enhanced connectivity and increased innovation. From autonomous vehicles to smart homes, Canada’s government will face new pressure to deliver on its commitment to turn the country’s tech and telecom sector into a supercluster of talent and commercial development.

The exponential rise of the Internet of Things (IoT) is changing how businesses and consumers interact. Canadians are already among the biggest consumers of telecommunications; 83 percent own smartphones and use an average of 2.3 gigabytes of data a month. Termed the ‘fourth industrial revolution’, IoT technologies are set to enhance the competitiveness of Canadian enterprises across a variety of industries from resource extraction to the food service industry.

In delivering on its revolutionary benefits, IoT will also generate large quantities of data that will need to be processed in real time. As a result, Canadian data centers will face new security, capacity and analytics challenges. The wealth of new data will mean a gradual end to the traditional data center model. Businesses relying on cloud computing are now beginning to favour hyper-scale data centers that can handle a high volume of servers and data and provide the cloud-neutral colocation services they need.

At the end of 2016, the CRTC declared broadband to be a basic service for all Canadian citizens. However, as of today, only 39 percent of rural and remote households have access to the CRTC’s high-speed targets of 50 Mbps download and 10 Mbps upload. By comparison, 96 percent of individuals and enterprises in urban areas have broadband connectivity at the CRTC’s target speeds. Despite creating a $750 million fund to bring high-speed internet to underserved areas, the federal government is still working on a process to allocate the funds. Nonetheless, new projects are getting underway; for example, the government recently announced funding for a new regional subsea cable that will connect communities from Vancouver to Prince Rupert and around Vancouver Island. 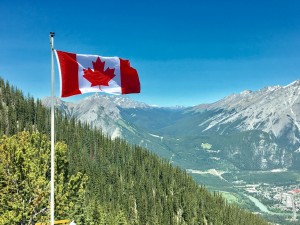 Additionally, in March of this year, the industry is expecting the CRTC to finish reviewing a previous decision that blocked mobile virtual network operators (MVNOs) from permanent roaming access on the network of incumbent carriers.  Last year, Ice Wireless, a mobile network operator in northern Canada, attempted to offer a low-cost wireless plan through its subsidiary, Sugar Mobile. Although the plan mainly relied on Wi-Fi networks, it also called for utilization of Rogers’ LTE network on an as-needed basis. As a result, the CRTC denied Ice Wireless’ application, concluding that the operator was improperly allowing its end-users permanent access to Rogers’ cellular network.

Since then, Canada’s Minister of Innovation, Science and Economic Development, Navdeep Bains, has clarified that Wi-Fi-first plans are intended as an affordable option for Canadians dealing with relatively high prices for wireless services compared to the US and UK. If the CRTC should reverse its decision, it will likely be seen as a win for those seeking increased competition, deregulation and choice for Canadian consumers.

In short, one thing seems certain about 2018 – the Canadian tech and telecom landscape is evolving at a fast-pace. JSA Canada stands ready to help today’s innovators plan for success now and into tomorrow. Whether you’re a tech start-up looking to make waves in the industry or a well-established carrier seeking to expand cross-border, we have the award-winning, proven expertise to help you meet your goals. Email JSA today with where you want to go in 2018. Even better, check out the latest and greatest in tech and telecom on Twitter, LinkedIn and YouTube!