The Race to 5G and Technological Advancement

Previous Next
The Race to 5G and Technological Advancement

The Battle for the First to Deploy 5G… Anything!

The world’s fastest internet is in development and it’s not just telecom carriers that are racing to see who will be the first to offer it across a nationwide wireless network. It’s also high stakes for countries around the globe that want to claim the first rollout of nationwide 5G. At 100 times faster than current 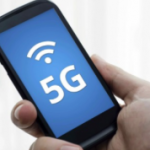 networks, 5G will unleash the power of smart cities, and new capabilities such as Software Defined Networking (SDN), Augmented Reality (AR), Artificial Intelligence (AI), and more. Driverless cars will get a jump start from 5G as it will allow them to collect more data faster and ultimately help to increase the interaction cars will have with ‘smart’ roads and other vehicles. 5G is also on track to further drive mobility services spending to surpass $1 trillion in 2021, as reported by IDC. 5G will help to spur increases in device upgrades so that users around the globe can take advantage of the increased bandwidth capabilities and full functionality of 5G. In addition, 5G phones are in development with Motorola, reportedly introducing a phone that has a 5G module that can connect to 5G networks (once they are available) but there are no actual 5G components in it just yet. Many more 5G-ready devices (modems, computers) and phones are set to make their debut in the coming year.

5G is the 5th generation of wireless technology and tagged by many experts as the future of wireless. With each new generation of ‘G’ – the capabilities have improved. With 4G networks (which weren’t cheap for telecoms to upgrade), we got WiMAX and LTE and the ability to watch videos on our phones with higher quality. With 5G, we will have faster speeds, lower latencies (which is needed to transfer info instantaneously) and the ability to connect a lot more

devices at the same time. That is especially important for advancements such as IoT and AI, which rely on using sensors to collect data, be super responsive and ultra-fast. As for internet at the home level, existing 4G networks don’t have enough capacity to give home users more bandwidth. With 5G, all of that changes and rather simply, too. There will be no need to install a lot of new fiber lines to subdivisions, as the changes are driven by new cell site installations every few blocks. It is estimated the number of new small cell towers that will be needed falls in in the hundreds of thousands in the US alone. And once the infrastructure is in place with 5G at the underlying network level, there will essentially be unlimited capacity. As such, carriers are rapidly upgrading networks, equipment, applications and infrastructure. Verizon, for instance, launched its 5G home service in October, which offers multi-gigabit speeds in select markets across the US. AT&T is reported to launch its mobile 5G service to 19 US cities by the end of the year. On AT&T’s recent quarterly analyst call, John Donovan, the chief executive of the company’s mobility business, said, “AT&T is on track to be the first wireless carrier to introduce mobile 5G services in the United States in the next few weeks. This will be standards-based 5G.”

Standards, though, are not fully established yet overall and many carriers and equipment providers are involved in 5G trials to help set them. In the US, carriers aren’t expected to have national availability until 2020. Each carrier has a slightly different way of implementing their rollout and capabilities, which makes it tricky to determine what’s been accomplished on a larger scale. But one thing that is certain – 5G is one of the hottest developments in the telecoms industry, creating limitless possibilities.

Countries, like telecom carriers, are also vying to be first in building nationwide networks that use 5G technology. “Accordingly, countries that adopt 5G first are expected to experience disproportionate gains in macroeconomic impact compared to those that lag,” as noted in a Deloitte Consulting 2018 report. Countries such as South Korea, China and the US have made huge strides towards updating their infrastructures. But in the US for instance, there are many hurdles such as regulatory changes that are needed to allow more small cell stations to be built across the country in order to handle 5G. Some cellular companies are even considering merging in order to speed up deployments, increase capabilities and synergies overall.

The advantages of being first – getting a technological head start are many. It will mean more jobs (network construction and maintenance) along with all the new next-gen services we can’t even imagine at the moment, and could lead to an overall increase in economic numbers for carriers as well as their home countries.

To learn more about 5G advancements and the state of the industry, register to attend Telecom Exchange LA, to be held November 6-7, 2018. Hear from industry leaders on the 5G CEO Roundtable: Pushing 5G to the Edge: A New Era of Connectivity and Reduced Latency.