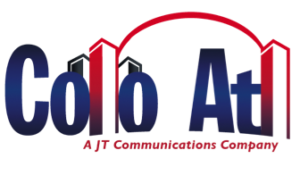 “We are excited about the opportunity to interconnect and expand our reach throughout the southeast,” comments Kyle P. Williamson, Founder and CEO, at SyncGlobal. “The Colo Atl facility is home to one of the largest concentrations of telecommunication companies in the Southeast and we’re already establishing new partnerships within the facility. The deal is sweetened as the Colo Atl cross connect model makes interconnecting within Colo Atl’s MMA easy and affordable.”

“We are proud to welcome Kyle and SyncGlobal to the Colo Atl family,” states Tim Kiser, Owner and Founder of Colo Atl. “Like Colo Atl, SyncGlobal has a deep commitment to the communities, people and employees they serve. I’m honored to have to help facilitate new partnerships for SyncGlobal and looking forward to establishing a meaningful and long-lasting relationship with the SyncGlobal team.”

Founded in November 2001, Colo Atl provides a reasonable, accommodating and cost-effective interconnection environment for more than 90 local, regional and global network operators. In 2016, the company celebrated its 15-year anniversary of providing service excellence and growth.

Colo Atl is an Atlanta Telecom Professionals Award Nominee and Winner of the 2016 TMT News Award for Best Colocation & Data Center – Georgia and the 2016 Georgia Excellence Award by the American Economic Institute (AEI).