Hibernia Networks has an excellent track record for providing exceptional broadcast feeds for some of the world’s most watched live sporting events. Over the years, they’ve transmitted many major sporting events, leading broadcasters to seek them out when in need of high-quality, low latency, crystal-clear feeds for their viewers.

This past summer, RTE, Ireland’s national television and radio broadcaster, called on Hibernia Networks to bring the Summer Games to the viewers of Ireland. Hibernia Networks was happy to report in this morning’s press release that they were able to offer the secure and reliable connectivity that they have come to be known for during this year’s Summer Games. 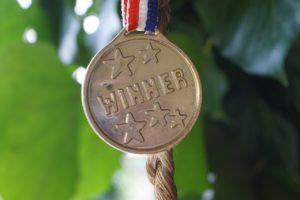 By utilizing the company’s best-in-class infrastructure to transport video coverage, connecting broadcast studios in Rio de Janeiro to Ireland, Hibernia Networks provided fully managed video transport solutions to achieve crystal clear, real-time content distribution.  This ensured that the viewers of Ireland enjoyed the highest quality viewing of every record-setting performance and medal ceremony throughout the duration of the games.