Check out the latest Scalable Networks Tech Tuesday blog, to learn about the network digital twin and how it is intended to accurately reproduce the behavior of your live physical network.

Since its founding in 1999,  SCALABLE Networks has been focused on developing simulation technology and products to replicate live networks using high fidelity software models.   The goal has always been to ensure that any meaningful interactions between live software, hardware, or humans and the physical network can be accomplished via a model of the network.  The resulting behavior of this network digital twin is intended to accurately reproduce the behavior of the live physical network. 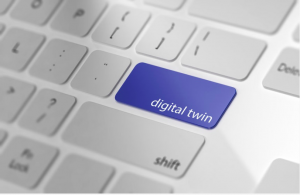 A network digital twin refers to a computer simulation model of the communication network, along with its operating environment and the application traffic that it carries.   The digital twin can be used to study the behavior of its physical counterpart under a diverse set of operating conditions, including cyber attacks, in a low-cost and zero-risk environment.  However, in order to do so effectively, the digital twin must have sufficient fidelity so as to accurately reflect the network dynamics that can cause networks to behave unpredictably.  The network dynamics are typically created by the interplay among the communication protocol, device configurations, network topology, application traffic, the physical environment, and any cyber threats.

Over the last two decades, SCALABLE has invested substantially in advanced R&D, partially sponsored by DARPA and other DoD agencies, to develop patented discrete-event simulation kernels. The simulation kernels leverage parallel and multi-core computing technology to realize real-time and faster than real-time execution for network digital twins. The faster than real-time digital twins can be used for efficient ‘what if’ analyses such as monitoring the behavior of the system under different network configuration settings, varying traffic distributions, and diverse cyber threats using stochastically generated traffic profiles. In addition, live hardware and software applications can be seamlessly interfaced with, or integrated into, a network digital twin that executes in real-time. These real-time network digital twins can then be used to improve management, performance and cyber resilience of networks in all domains, from commercial enterprise IoT to military networked systems operating from seabed to space.  Additionally, SCALABLE continues to expand its network digital twin technology and applications into artificial intelligence, machine learning, and autonomous systems – it’s an exciting time in the business of digital twins!