DE-CIX, leading neutral Internet Exchange provider, is thrilled to announce it has broken its 5 Terabit per second record at its Frankfurt Internet exchange. For the second time in the company’s twenty-year history, DE-CIX has surpassed traffic records, proving its commitment keeping up with growing data demands and its strong business development initiatives.

Over the years, worldwide data growth has been increasing at an extraordinary rapid rate, due in part to exceptional amounts of video content and the onset of the Internet of Things. The growing number of mobile devices has also been a driver for the increase in data. In fact, Cisco predicts that mobile data traffic will grow 10-fold between 2014 and 2019, which will make traffic on fixed networks three times as fast. 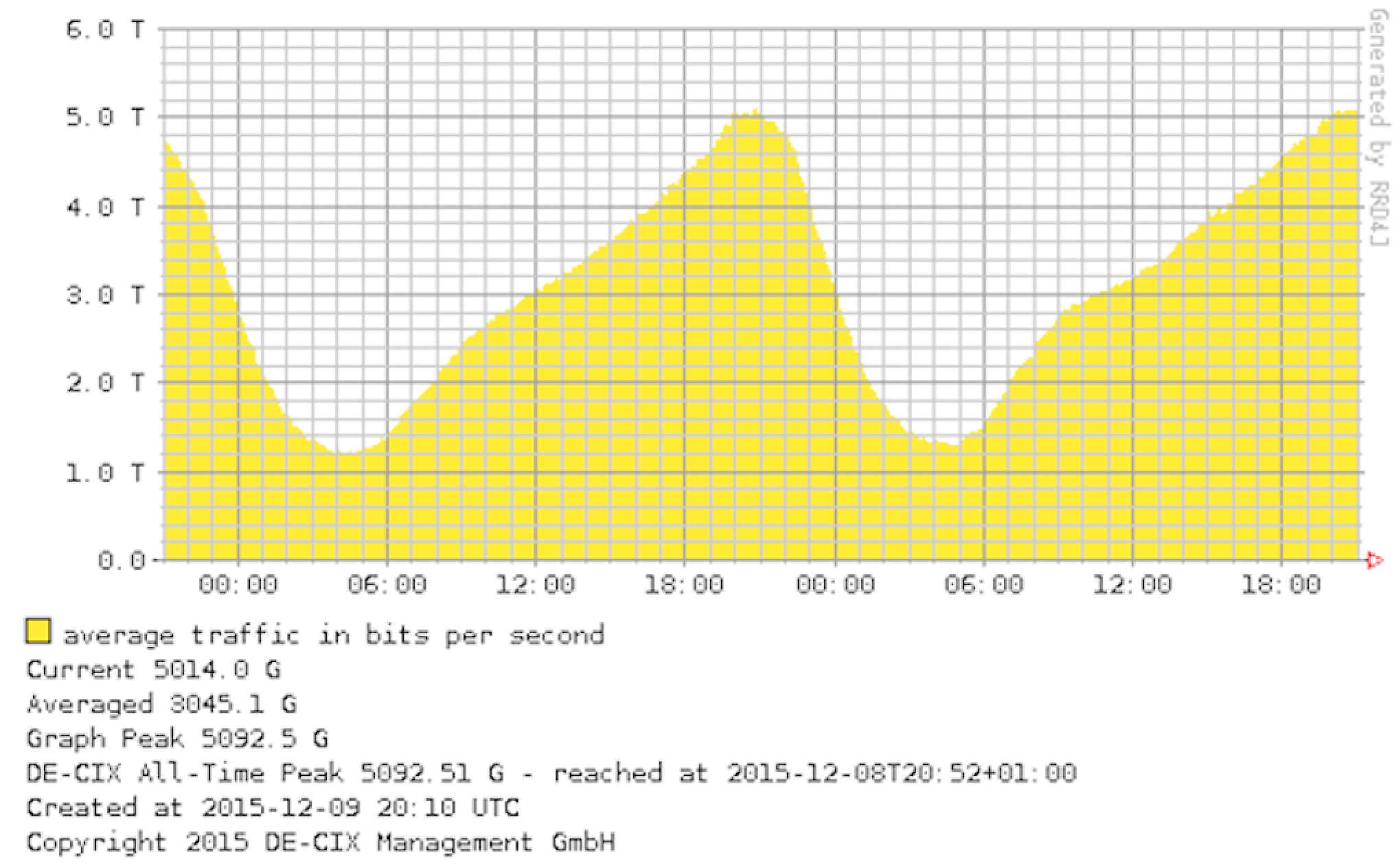 The data boom has not hindered DE-CIX, though. In fact, in 2013 DE-CIX revamped its existing infrastructure and increased its capability to hold a total capacity of 48 Terabit.

“We are surprised ourselves how strongly our customer capacities have ramped up this year and how much the data traffic on our Internet exchange in Frankfurt has grown,” states Harald A. Summa, CEO of DE-CIX. “In total, the capacity booked by our customers at DE-CIX Frankfurt has increased by 40.3 percent, from 12.9 Terabit at the beginning of the year to 18.1 Terabit today. So far this year, we’ve also booked more than 50 100GE connections – that is double the number we’d expected for the entire year. Additionally, through the end of the year, we will have connected more than approximately 100 new networks.

As data traffic continues to grow worldwide, a better and more secure Internet experience is needed for end-users. Peering exchanges serve as an integral part of the Internet, allowing for optimal connectivity in strategic locations.