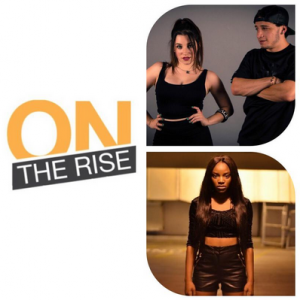 bBooth, Inc. announces that Jennifer Tapiero is interviewing Big Dream recording artists Alec and Becca King, known as the rapper/singer duo ‘This Boy That Girl’ (TBTG) on “On the Rise”. These emerging teen artists not only rap and sing but write and produce their own music. Their new hit single, ‘Turn the Night Down,’ will be played during the show. TBTG has been actively touring and can been seen this Monday, June 8 show at The Viper Room in West Hollywood, CA.

The radio show will feature a segment where listeners can submit questions for TBTG to respond live on Twitter, Periscope, Instagram, Vine, Facebook and Tumblr. TBTG will also provide listeners with the inside dish on what it takes to get in the rap/singing game, including their views on top trending stories in ‘Dope or Nope’.

Following the live broadcast on Spreaker and SoundCloud at Noon PST, the episode will be available on 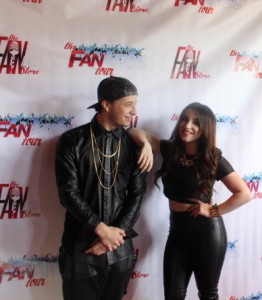 “I’m excited to interview ‘This Boy That Girl’ on this week’s episode,” states Tapiero.  “This teen duo are certainly ‘on the rise’, and I think our viewers are going to be very interested in learning what it takes to be moving so quickly into Hollywood’s next generation music scene.”

Viewers can get an insider’s look at the making on ‘On the Rise’ by following @bBoothTV twitter page and downloading the Periscope app. The feed will be live at Noon PM PST on Thursday June 4.