Previous Next
NJFX Completes Final Phase of its Tier 3 Facility

NJFX started 2017 with a bang by completing its third and final phase of its Tier 3, carrier neutral facility. The completion of Phase III coincides with NJFX’s powering of its first customer cage that uses the company’s 432 tie cable to provide ubiquitous connectivity across the NJFX campus and its Cable Landing Station (CLS) Meet Me Room.

Over an ambitious 15-month development cycle, NJFX expanded its campus in Wall, NJ with the addition of a brand new 64,800-square foot colocation facility, completing the build out and commissioning in record time. By completing Phase III, NJFX now 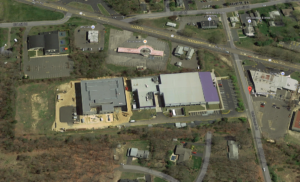 has the availability to accommodate compute-heavy and content-rich applications that not only require a diverse carrier ecosystem, but also robust power density.

“2016 was an outstanding year for NJFX,” states Gil Santaliz, Founder and Chief Executive Officer of NJFX. “We launched the facility in September and since then have developed key strategic partnerships with a multitude of networks and successfully completed our data center commissioning.”

Now fully built, the NJFX colocation campus offers capacity for 1,000 cabinet equivalents with power densities up to 20kW/cabinet load and features the latest in mission critical infrastructure design and enables connectivity to more than 240 countries and territories, as well as 99.7% of the world’s GDP.

About the Author: Jaymie Scotto Cutaia