Interested in being part of JSA’s Women’s Speaking Initiative? Apply by April 13! 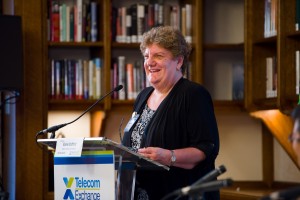 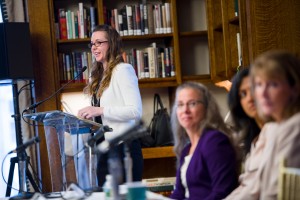 It is an exciting time for women in tech and telecom, and JSA is honored to be part of the growth we are seeing for women in these industries. Last month, we announced the launch the Women’s Speaking Initiative (WSI), the program that aims to seat more women in leadership roles on the telecom and tech speaking circuit by connecting qualified speakers with industry event organizers. We were amazed by the overall industry response and the significant number of entries received thus far, and would like to thank each and every woman who submitted applications. We are welcoming more WSI submissions until Friday, April 13, 2018 – so if you are a woman in tech or telecom, we want to hear from you!

As a reminder, as the hosts of monthly Virtual CEO Roundtables and on-site CEO Roundtables at our Telecom Exchange executive networking events held throughout the year, JSA would like to extend seats at these Roundtables to qualified, articulate women who hold senior-level positions at telecom and technology companies. To begin the next steps of securing these speakers, we invite women to click here to upload their qualifications and preferred speaking topics. The resulting roster of approved female speakers will not only be considered for JSA’s own CEO Roundtables, but also distributed to the industry’s top event organizers, many of which are JSA media partners, for additional speaking opportunities throughout the year.

For more information on WSI or any JSA initiative, please email [email protected].