Watch out fantastic four because a new team of super heroes has come to town…subsea super heroes that is. NJFX’s management team; CEO, Gil Santaliz, and Doug Corbett, VP of Sales and Customer Relations, already were considered an impressive duo but now due to their most recent hire, John Danko as Director of Business Development, their team is undeniably elite.

Bringing with him over 20 years of industry experience, Danko will be responsible for the negotiation and acquisition of domestic, international and subsea businesses for the company’s colocation campus in Wall, New Jersey. 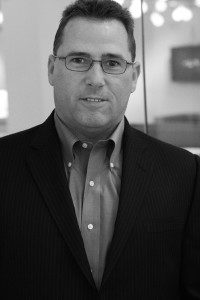 Prior to joining NJFX, Danko served as the Director of Business Development for Jamestown 325 Hudson where he spearheaded the acquisition of local, international and subsea businesses. In addition, Danko developed the 325 Meet-Me-Room (MMR) and played an integral role in growing out its vast network operator ecosystem. That isn’t all either, John served as a key contributor for developing and growing Telx’s MMR, that expanded nationwide between 2004 and 2008.

“John’s plethora of experience and successes in the international and subsea markets make him a distinguished addition to our team. Heading into 2017, we look forward to NJFX’s continued growth and influence in the global colocation space,” comments Gil Santaliz, Founder and Chief Executive Officer of NJFX.

“Joining the NJFX team at such a critical point in the company’s development is an honor and I look forward to growing with the company in the months and years to come,” adds Danko.

To read John’s full bio as well as the the entire announcement, visit: or check him out on LinkedIn!

About the Author: Jaymie Scotto Cutaia