Less than 18 months since the launch of the DE-CIX New York, the company today announced that it has signed on its 100th customer to its New York Internet exchange. DE-CIX has surpassed its growth projections by hitting this milestone and is continuing to expand rapidly in its first North American location.  New York City’s Internet is only as good as it’s infrastructure and DE-CIX’s carrier- and data center-natural exchange strives to enhance connectivity via more reliable and flexible service options.

DE-CIX offered more than 100 access points to its exchange right out of the gate, which enables connectivity to the most relevant data centers in the New York/New Jersey metro. Prior to opening its doors in New York May 2014, DE-CIX recognized the need for neutral and open peering and interconnection in the region to create a better environment for ISPs and carriers. Like its other exchanges, DE-CIX New York features the world’s largest and most advanced Ethernet interconnection platform, DE-CIX Apollon. 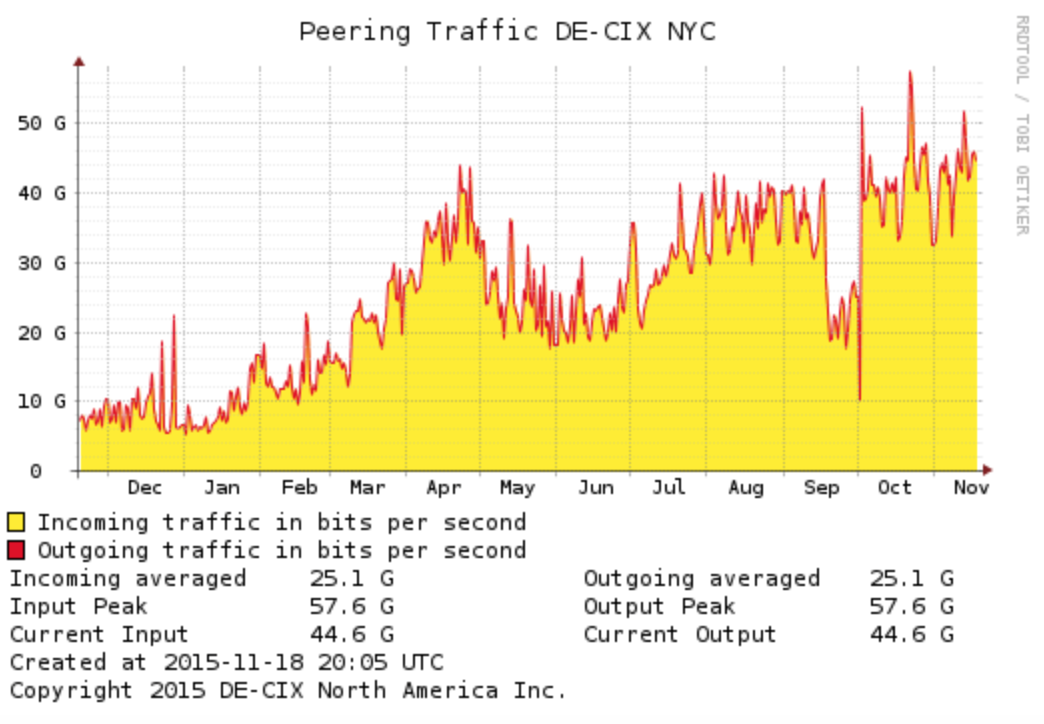 “We are thrilled that the concept of DE-CIX New York has been so well-received by the marketplace,” states Harald A. Summa, DE-CIX CEO. “In less than 18 months, our team has grown this new exchange from zero to an ever-increasing ecosystem of some of the world’s most important networks. It’s a rich and thriving environment that will continue to serve the Internet community with truly neutral peering and interconnection services of the highest quality.”