Insight into the Next Generation of Subsea Infrastructure Investment

Previous Next
Insight into the Next Generation of Subsea Infrastructure Investment

Subsea infrastructure is getting a boost with the announcement of several new cables. The continental edge is changing. When it comes to fiber in the Northeast, all paths do not have to lead through Manhattan. How and where cables land and interconnect, particularly in the New York/New Jersey area, is being upgraded.

Crosslake Fibre is building a new submarine fiber optic cable from NJFX in Wall, New Jersey to 1025Connect on Long Island. The 60-mile cable will provide a low-latency direct connection, which means less backhaul and fewer points of failure. 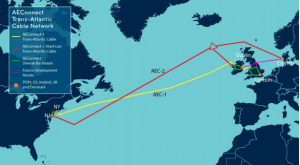 The AEC-2 cable, also known as HAVFRUE, will be the first new North Atlantic cable in nearly two decades.

And this latest building boom is happening at a pace not seen in decades. Traditional data center, subsea and terrestrial fiber business models have shifted as content providers like Google and Facebook identify cost and operational benefits from abandoning outsourced infrastructure, and investing in their own facilities and networks. Thought leader, industry insider and tech expert Hunter Newby of Newby Ventures discusses that and more in the latest installment of JSA TV.

“All the new stuff that’s been built was driven by them, and in some cases solely. A consortium of non-telecom networks. That’s a pretty odd concept, but here we are and in the same way that the new systems are being built by essentially new operators and new models, we have new interconnection facilities, in new places, for new reasons and they’re all beneficial,” Newby says in this informative and illuminating interview.

Watch now to get more insight in the next generation of subsea infrastructure investment.