bBooth, Inc. features popular comedian Mike Cano in a ‘behind-the-laughs’ interview. The exclusive video is only available on the Company’s app Songstagram, available in The App Store and Google Play. 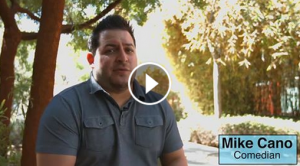 “I’m proud of this interview,” states Cano.  “My friends at bBooth and I sat down and I talked about the events that have shaped my life. I discussed my Mexican-American upbringing, my teenage years as a single parent, and other real-world lessons that have made me who I am today.  bBooth recorded this interview and added clips of my on-stage stand-up performances, to create a great piece that shines a light on what inspires my comedy.” 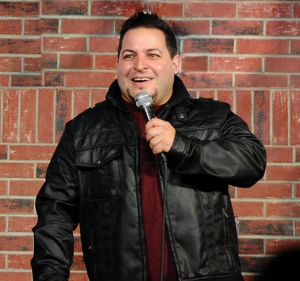 Cano is a regular comedian at many comedy clubs, including The Improv (Hollywood, Ontario, Brea, Irvine and San Jose), the Ice House, The Comedy Store, The Laugh Factory, Jon Lovitz Comedy Club and more. He has quickly risen to popularity after opening for some of the biggest names in comedy. He has appeared on NBC Universal’s Mun2 TV, Fuse TV, and Latino 101. Cano is now the host of his own comedy show, “Mike Cano’s Comedy Party”, held regularly at The Ontario Improv.

“Our mobile app Songstagram and our bBooth recording studios create a platform for talent discovery,” states Kim Watson, EVP of Artist Relations for bBooth. “We believe that Mike’s ‘behind-the-laughs’ stories will serve as an inspiration for tomorrow’s talented comedians—and anyone who loves to tell jokes. We invite rising comedians of all types to record their jokes and share their videos with Mike Cano on Songstagram, giving them direct access to established performers like Mike. We look forward to featuring the best of the best in the app and potentially on our online and radio shows.”

bBooth is the crossing between entertainment, social media and technology, consistently providing new opportunities to rising talent with auditions, events and insider content. For a teaser of the Cano interview, please click here.