With over 245 million listeners, iHeartRadio offers music and access to of thousands of 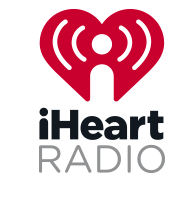 radio stations, news, sports, and comedy shows. This innovative Internet radio platform is also is a great source to learn about business and technology via their many podcasts.

The two talked about the Telamon’s many strengths and their ‘sweet spot’ in helping customers. Since 1984 and with 13 locations and over 2,000 employees worldwide, Telamon

has been one of the biggest distribution vendors in the U.S. for technology companies. From supply chain to engineering to testing and turn up – Telamon has you covered. Furthermore, Telamon works closely with data center operators, MSOs, ISPs, LECs, SaaS providers and other service providers to create turnkey solutions that lower costs, optimize operations and increase visibility into end-to-end business needs.

As their trusted partner, Telamon works closely with the largest equipment manufacturers such as Ciena, Cisco, Juniper and Infinera. Telamon has the scale and the expertise to ensure carriers, wireless providers, data center operators and others can meet project deadlines and end-user expectations.

Be sure to check out the podcast! Listen to it here.

You can also meet up with the Telamon team at another major industry conference, ITW 2017, which will be held in Chicago May 14 – 17. To schedule a meeting with Telamon, please email [email protected].