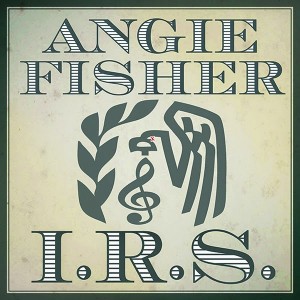 Fisher’s song “I.R.S.” was nominated for “Best Traditional R&B Performance” at the 2015 GRAMMYs and invited Songstagram/kord to capture her experience leading up to the event and beyond. To see the full exclusive interview, entitled “Angie Fisher – The GRAMMYs and Beyond”, download Songstagram/kord from The App Store and Google Play.

To give back to her fans, Fisher created a contest, encouraging fans to go to the “contest” section of the app and create a video using her GRAMMY nominated song as a soundtrack, which can be done through Songstagram/kord. Fans can sing, rap, lip sync, dance, or do any other type of performance to Fisher’s song. The fan with the most likes will receive a cash prize of $200.14 which Fisher refers to in the song.

“More and more artists, signed and unsigned, are recognizing the need to create higher levels of fan engagement than they can achieve through traditional social media channels,” stated bBooth CEO Rory J. Cutaia. “Songstagram/kord is empowering artists to interact with their fans directly, producing greater revenue opportunities and an expanded, more engaged fan base.”

To learn more about the contest, view Angie Fisher’s road to the GRAMMYs and experience bBooth’s “walk out” messaging technology, visit: https://www.songstagram.com/hb/angiefisher.