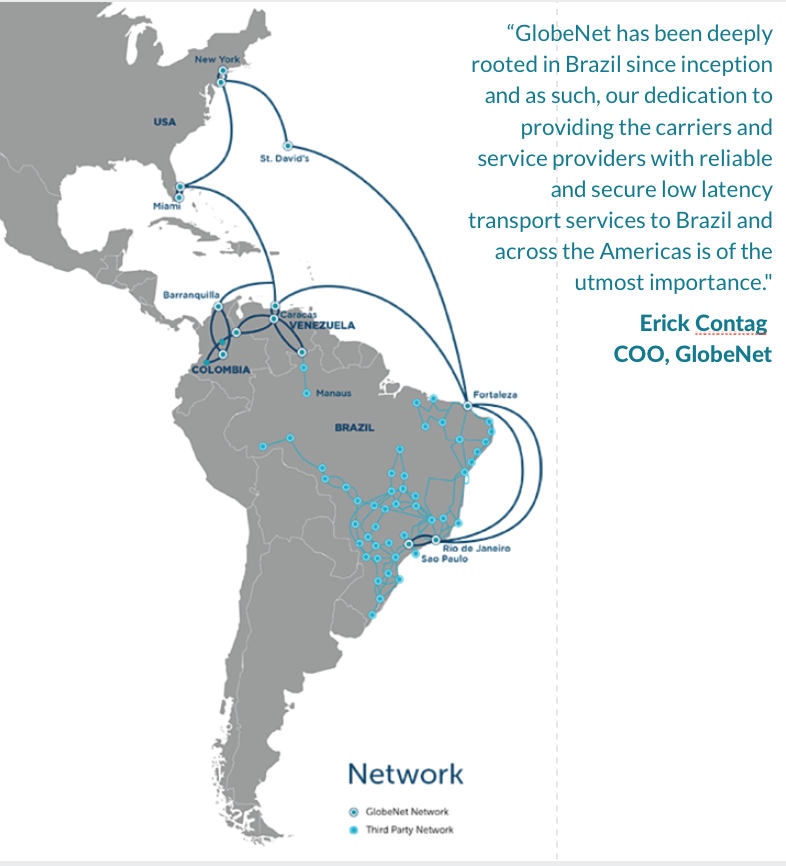 GlobeNet today announced the extension of its regional expertise to SaoPaulo where it has established a Point of Presence (PoP) in Equinix’s SP2. The company, with deep South American roots, has the largest on-net capillarity in Brazil and is the only provider to offer direct, low latency routes from New York to Sao Paulo.

GlobeNet will deliver Ethernet and IP services out of SP2 extending its layer 2 and layer 3 based services into this key Brazilian metro market and beyond the countries borders to North America and Europe. Amongst the services delivered is GlobeNet’s Global International Internet Exchange (GNIIX), which allows customers to access the world’s largest IXPs locally via a single port. Additionally, the IP Transit offering out of Sao Paulo further enhances the secure, low latency international connectivity options offered by GlobeNet to and from Brazil.

In just 283 days, large volumes of video traffic will be surging out of South America. With under a year to go until the 2016 Olympic Games kick off in Brazil, this connectivity will play a key role for the broadcast networks tasked with transporting coverage of the games across to hundreds of millions of viewers located across the globe.