Future Proof? A Look At Telecommunications Technology In The Next 25 To 50 Years

Previous Next
Future Proof? A Look At Telecommunications Technology In The Next 25 To 50 Years 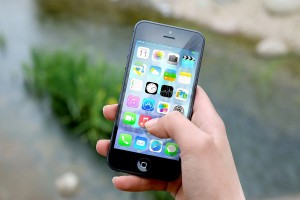 Smartphone adoption continues at a steady pace, according to a recent Business Insider article. In the U.S., for example, smartphone penetration is likely to reach 81 percent of all mobile use through 2015 for a six percent increase over 2014, while Germany and Italy are both on track for double digit gains — but what’s next? As smartphones and tablets become ubiquitous, as hosted PBX systems and video conferencing becomes commonplace, what’s the next step in telecommunications technology?

Here are four predictions for the next half century:

According to Pew Research, the world’s population is expected to reach 9.6 billion by 2050; combined with rising mobile devices, this sets the stage for a bandwidth crisis. How will users access content quickly, and how can telecommunications providers keep pace? 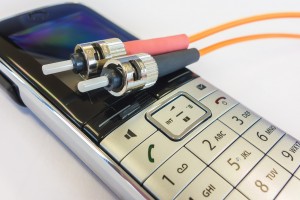 One solution is lasers. A team of researchers from Aston University has been exploring ways to deliver information at high speed with no loss of signal strength or clarity. Team lead Professor Sergei Turitsyn says “despite extraordinary advances in laser science, only recently have we viewed lasers as a transmission platform, and truly tested their limits.” Turitsyn’s team is trying to address the problem faced by the current conversion of voice or data packets to light, which are then sent through optical fibers to their destination. For every kilometer traveled, these signals lose five percent of their strength, meaning they must be amplified. This amplification process results in distortion and impacts signal quality. Using ultra-long laser fibers, the Aston team has been able to transit information with “virtually no degradation of signal power along the laser medium.” In other words, this is faster data transmission at a lower cost.

Another option to meet increasing bandwidth demands comes from silicon photonics technology being developed by IBM. As noted by Optics, the IBM Research team has discovered a way to attach silicon photonic chips directly to processor units, eliminating the need for transceiver assemblies; by packaging electrical and optical chips as tightly as possible, the distance of electrical connection is significantly reduced, allowing photonic chips to interact directly with processors. If successful, this technology “should lower the cost of and increase the performance, energy efficiency and size of future data centers, supercomputers and cloud systems.” For telecommunications providers, this kind of photonic advancement could form the basis of entire transmission networks — all operating at a lower overall cost. 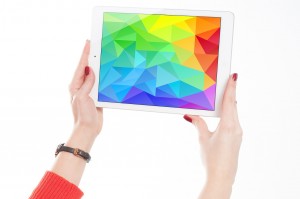 What about mobile devices themselves? Some experts suggest that 3-D imagery and holograms will quickly become the norm. Manufacturers have already touched the edges of this trend; the Kindle Fire 3D released in 2014 featured several three-dimensional “effects,” and several companies are developing autostereoscopic devices, which will display 3-D imagery without the need for special glasses. What does this mean for telecommunication providers? Bandwidth requirements are set to skyrocket. As reported by Cisco, mobile 2-D video traffic already exceeds 55 percent of total mobile traffic, and the addition of 3-D interactive videos will prompt significantly greater demand.

Going a bit farther afield, anthropologist Joshua Bell of the Natural History Museum suggests that the future of telecommunications technology may enable wearables to include implanted circuitry devices. He speculates that power for these devices could come from nanogenerators harvesting user movements or bioelectric currents. For telecommunications companies, this highly physical future comes with a few caveats. First, users will expect an even greater level of privacy and data protection and will be even less tolerant of delays which impact content delivery or app response.

What does the future of communications technology look like in the next 25 to 50 years? Expect new delivery systems that focus on lower power and higher bandwidth, along with devices that can go far beyond current limitations and may even become part of users themselves.

Guest Blogger: Sheldon Smith is the Senior Product Manager at XO Communications. Well known for his expertise in unified communications, Mr. Smith also has over 10 years of experience in Department and Process Management and owns the Hosted PBX and Conferencing products dep