EXCUSE ME, WHILE I TAX THE SKY; CHICAGO’S NEW CLOUD TAX IS OUT THERE

Previous Next
EXCUSE ME, WHILE I TAX THE SKY; CHICAGO’S NEW CLOUD TAX IS OUT THERE 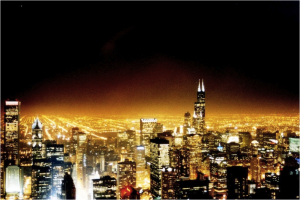 “This is my kind of town, Chicago is my kind of town.” Old Blue Eyes said it best. I have always loved Chicago. It has great people, great food, great culture, and history. However, the Windy City has never been called business friendly, and unfortunately that negative reputation has been reinforced through the institution of the new “cloud tax.”

This new tax took effect in the City of Chicago as of July 1, 2015, and it is aimed directly at online databases and streaming entertainment services. The new law is summarized in Amusement Tax Ruling #5, and it was promulgated by the Chicago Department of Finance. The levy is actually an extension of current law, and is the result of two recent rulings made by the Chicago’s beloved Department of Finance. The first ruling covered “electronically delivered amusements” and the other ruling covered “nonpossessory computer leases.” 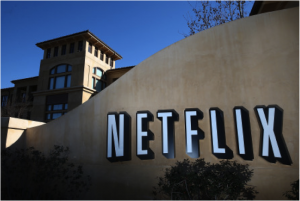 Each ruling took existing tax law and extended it to levy an extra 9 percent tax on certain types of online services. The first ruling seemingly covers streaming media services like Netflix and Spotify, while the second ruling covered remote databases or computing platforms like Amazon Web Services or Lexis Nexis.

The tax is levied on the consumer, similar to how a sales tax is assessed, and it will result in higher prices for these services. However, since the provider is responsible for assessing the tax, companies will now have to keep closer track of their customers/subscribers since the user’s address will be the determining factor in whether the tax must be charged and collected. The City’s Department of Finance will probably using IP tracking, etc. to ascertain whether users are within the City limits.

In short, if the subscriber is within Chicago’s City Limits the tax must be assessed. If the customer is outside of Chicago, the tax is not levied.

This tax has enormous implications nationwide; and I’m sure there are countless state and local jurisdictions waiting to see how this tax is enforced, and whether it is upheld as constitutional in the courts.

Guest Blog By: John W. Sullivan III, Esq.  John “Jack” Sullivan is a tax lawyer in New York City and he can be reached at [email protected], and his website is www.thesullivanlaw.com