Since formally entering the Canadian data center market in 2017, eStruxture CEO Todd Coleman has worked tirelessly to establish the company as a pan-Canadian provider of hyperscale network and cloud-neutral data center solutions. At last, that vision has become reality. Just last week, eStruxture announced its acquisition of Backbone Datavault, a Vancouver-based colocation provider. The deal enables the company to support the growth of customers in both Western and Eastern Canada. Together with its three Montreal data centers, eStruxture will have four locations in which potential tenants can co-locate their mission-critical IT infrastructure. 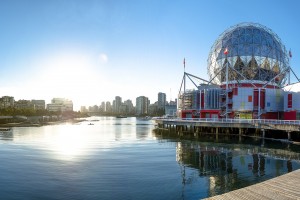 Founded in 2010, Backbone Datavault’s high-power density 2.5 MW data center is located in Vancouver’s Mount Pleasant neighborhood. Often referred to as ‘Mount Pixel’, the area is home to a large concentration of visual effects and production studios. In addition to supporting power densities of up to 30kW per cabinet, the facility features a carrier neutral meet-me-room, which directly connects many local production studios and carrier hotels. As a result, the property was an attractive option to begin meeting eStruxture’s goal of supporting enterprises in Western Canada.

“We have once again delivered on our commitment to bring enhanced geo-redundancy and flexible data center solutions to our customers. Vancouver is booming with both major technology companies and a thriving visual effects and graphics production industry. By expanding into the city, we are now able to offer these companies access to our leading customer service model and rapidly-expanding ecosystem of over 900 customers from 30 different countries. This is part of our plan to deliver value-added, hyperscale data center services throughout Canada.” – Todd Coleman, President & CEO of eStruxture

“As one of Vancouver’s leading data center providers, we are very proud to have built a highly redundant facility connected to a diverse network of carriers and network providers for our customers’ colocation and peering needs. eStruxture has the ability and scale to continue expanding in Vancouver and across Canada, which means our customers can access the capacity they need to support their growth without managing multiple data center providers.” – Marcus Charalambous, President of Backbone Datavault

eStruxture’s rapid expansion across Canada has been facilitated by its $180 million capital raise from Fengate Real Asset Investments in early 2018. Within Canada’s data center industry, this acquisition elevates eStruxture as a national leader in meeting the need for flexible, scalable, hyperscale data center solutions across the country.

To learn more about eStruxture, visit the company’s website at www.estruxture.com.