As Todd Coleman, CEO of eStruxture, recently said about his company: “While this is an infrastructure business at its core, it’s really a business built around people and relationships – that’s what drives me.”

With today’s news that Beanfield Metroconnect, a telecommunications company with the largest independent fibre-optic network in the Greater Toronto Area, has joined eStruxture’s network ecosystem, the company is making good on its strategy to give its customers more connections and an overall superior customer experience. 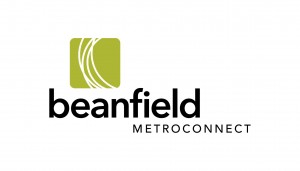 For eStruxture, having a robust carrier density is an attractive differentiator that helps its customers reduce bandwidth costs, while benefiting from enhanced security and superior network performance. This new move is especially significant since it is Beanfield’s first major data center presence in the Montreal market.

Beanfield’s rich suite of solutions are of tremendous value to enterprise users that require full control over their networks to optimize connectivity with application-specific requirements while simultaneously guaranteeing security. With direct access to Beanfield’s services, eStruxture’s customers now benefit from increased network performance and reliability, with extremely-low latency.

“When seeking a destination for our first significant point-of-presence in the Montreal market, we wanted to find an enlightened facility that we know understands the subtitles of the telecommunications ecosystem. Too often similar operators stick to a myopic, out-dated business model that hinders this ecosystem from flourishing within their facilities, and therefore limits our potential marketplace. With eStruxture, we know this is not the case.” – Dan Armstrong, Chief Executive and Chief Technology Officer of Beanfield

“We are thrilled to have Beanfield make its first, major Montreal data center presence with eStruxture. As a leader in the Montreal region, we strive to attract mutually beneficial opportunities like these, where a proven company like Beanfield can join our continuously growing ecosystem of network providers. It’s a win-win for both our companies that share a similar, customer-centric approach.” – Todd Coleman, Chief Executive Officer of eStruxture

To learn more about eStruxture visit the company’s website at www.estruxture.com.