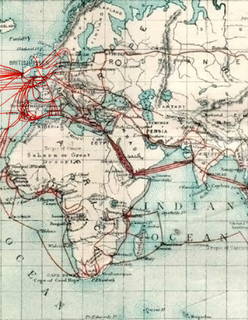 DE-CIX today announced that it will establish a new Internet exchange (IX) in Interxion’s data center located in Marseille, France. Marseille is a key European landing point with eight subsea cables and over 100 unique carriers operating in or transporting through the city. Additionally, the city’s proximity to the Mediterranean Sea will make the IX a gateway to the Mediterranean, Africa and the Middle East.

These regions are home to a rapidly growing population, which is driving the ever-increasing volume of Internet traffic. At present, the region’s Internet content is being routed through Europe, the United States and Asia, which often negatively affects the end-users experience. DE-CIX’s IX in Marseille will address this issue by bringing content closer to the end-user and is expected to do so as early as the third quarter of 2015 when the IX becomes operational.

“In Marseille, we are creating a new neutral Internet hub to improve the interconnection of African eyeball networks to regional and global content players,” states Harald A. Summa, DE-CIX President. “Marseille offers strong legal and regulatory infrastructure for this new exchange, an environment we know well and have successfully done business in for a long time. DE-CIX has extensive international experience building global hubs. At Interxion Marseille, we are developing an ideal framework that brings content closer to key transport pathways and the end user.”

The IX will be the second of two new European exchanges for DE-CIX, as it announced the establishment of a new IX in Palermo, Italy just last week. Both exchanges will utilize the advanced DE-CIX Apollon platform.

Click here for the full announcement of the Marseille IX.