DE-CIX Partners with TI Sparkle to Bring IX to Italy

DE-CIX announced that it will establish a neutral Internet exchange (IX) in TI Sparkle’s “Sicily Hub,” a next generation data center located in Palermo, Italy. The exchange will act as a key landing site for Internet traffic from the Mediterranean, Africa and the Middle East.

The carrier-neutral IX’s premium services will benefit carriers and ISPs within the community by providing improved IP performance, lower IP transit costs and enhanced redundancy across networks. The IX will connect a large assortment of networks, including some of the largest and most well known content players in the industry. Sicily Hub’s top-of-the-line technologies will be paired with the DE-CIX APOLLON platform in order to provide unmatched scalability and performance. 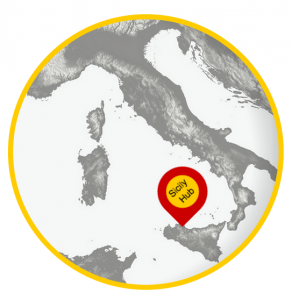 ”There is an intense need in the region to bring content closer to the end users,” confirms Harald A. Summa, DE-CIX President. “The powerful combination of Sicily Hub and DE-CIX’s APOLLON platform will support Internet growth in this region so that end users will have a better Internet experience, better security and a lower risk of network outages.”

The IX will be the closest European peering point to Northern Africa, the Middle East and the Mediterranean, which will allow Internet traffic to remain closer to home and ultimately enhance end-user experience in these regions. The creation of the IX at Sicily Hub is the first collaboration between the two companies, which plan to extend to other locations in the Mediterranean in the future.