Dallas is a major connectivity hub in the southern region of the United States, and the city acts as a gateway to Mexican and Latin American carriers—ensuring continued growth and traffic. The fiber infrastructure in and around Dallas is extensive, and many carriers have PoPs inside the Infomart facility. 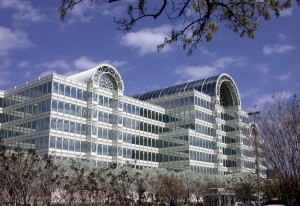 DE-CIX’s Internet exchange model offers an open, neutral alternative for the marketplace and multiple opportunities for reliable and secure Ethernet interconnection and peering. The opening of the Dallas exchange comes on the heels of DE-CIX North America’s one-year anniversary, beginning with the opening of its New York exchange, which already serves around 80 networks.

“When we seek out new markets, the first thing we look for is the need for neutral and open peering and interconnection. In Dallas, DE-CIX has detected a high demand for these types of services,” explains DE-CIX’s CMO Frank Orlowski. “DE-CIX Dallas will be an essential part of the Internet ecosystem in the Southwest, opening up a true alternative Internet exchange in Dallas. Our goal is to gain the Number One position in this metro within the next 12 months, providing a powerful and open exchange to maximize the benefits of peering.”

DE-CIX will run a pre-sales “Sunrise Period” for the new Dallas exchange from August 1–December 31, 2015, where networks that sign on for service at DE-CIX Dallas can take advantage of a promotional offer. For more information, contact DE-CIX Sales.