DE-CIX today announced its support of the decision by the U.S. Federal Communications Commission (FCC) to regulate broadband Internet service as a public utility under Title II of the Telecommunications Act of 1934. In FCC Chairman Tom Wheeler’s words, the policy dictates “that no one – whether government or corporate – should control free open access to the Internet.”

DE-CIX has supported the open Internet model since its inception 20 years ago and believes that the principles of an open and free Internet are critical to Internet health and widespread access. These principles can be attained thanks to Net Neutrality and its requirement for all data packets crossing the Internet to be treated equally. 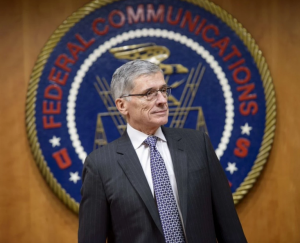 “The FCC’s newly confirmed position is ‘No blocking, no throttling, no paid prioritization’ on the Internet, a stance we wholeheartedly support at DE-CIX,” states DE-CIX’s Frank Orlowski, Chief Marketing Officer. “We view this decision as an important milestone for allowing future Internet innovation to happen and to avoid a crippled Internet that is designed to keep only certain stakeholders happy. DE-CIX New York – our first peering platform in North America – is fully compliant with the FCC’s new rules for Net Neutrality.”

Learn more about DE-CIX’s stance on Net Neutrality by visiting its parent organization, eco, the Association of the German Internet Industry, here.