With the announcement of the close of the sale of its telecom assets to Everstream, DataBank, further streamlines its core offerings.  DataBank initially acquired the assets through its October acquisition of Indy-based colo provider, LightBound. The 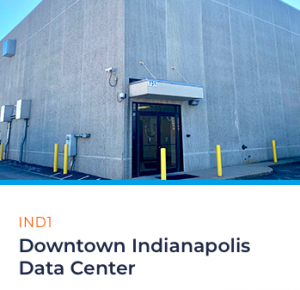 move gave DataBank a way to bolster its edge data center portfolio with the addition of two enterprise-class facilities in downtown Indy Telcom Center, the most densely interconnected location in the Indianapolis metro area. The two newly acquired Indianapolis facilities provide the highest quality Tier III capacity available in the market with over 56,000 gross square feet of colocation space and 9.5MW of installed UPS. The divestiture of the LightBound fiber/telecom assets to Everstream allows DataBank to focus on its core data center and managed services offerings and simultaneously accelerates Everstream’s planned entry into the Indianapolis market.

“As DataBank continues to expand its national footprint of edge data centers in secondary markets with the addition of two world-class facilities in the Indianapolis market, the sale of our LightBound fiber/telecom assets to Everstream is consistent with our focus on providing high quality colocation and cloud solutions to enterprise, cloud and content customers,” states Raul K. Martynek, CEO of DataBank. “At the same time, the transaction will accelerate Everstream’s ongoing expansion of its fiber footprint throughout the Indianapolis metro area, bringing substantial scale and resources to new and existing customers as our organizations set out to partner closely with each other now and into the future.”

DataBank now operates 20 data centers in nine U.S. markets, including Atlanta, Baltimore, Cleveland, Dallas, Indianapolis, Kansas City, Minneapolis, Pittsburgh, and Salt Lake City. Be sure to check out the latest industry news and trends on DataBank’s blog and follow the company on LinkedIn and Twitter.