DataBank has broadened its assets in Pittsburgh with a second data center in the high-tech market. The Dallas-based data center, connectivity and managed services provider acquired its latest addition from PNC Bank, which will become the facility’s anchor tenant as part of a long-term lease. 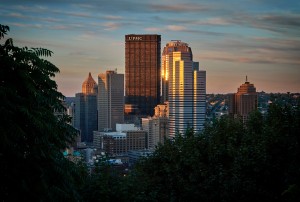 PNC Bank is the sixth largest commercial bank by assets in the U.S. and will occupy the entire second floor of the secure, three-story, 115,000-square-foot data center in North Fayette Township.

Under DataBank’s leadership, the data center will offer:

“We are thrilled to be able to expand in the incredibly innovative and growing Pittsburgh market with PNC as our anchor tenant in our second data center location,” stated Raul K. Martynek, CEO, DataBank. “We believe there is a shortage of high quality, enterprise-grade colocation options in the market and this new Pittsburgh facility will meet that need. We look forward to serving PNC Bank’s data center requirements and those of similar enterprises in the area.”

Pittsburgh is renowned for various organizations, communities and business sectors that require high capacity infrastructure services. These include Carnegie Mellon University, the University of Pittsburgh, The Pittsburgh Supercomputing Center and burgeoning AI-driven sectors such as autonomous vehicles.

About the Author: Candace Sipos

As an Account Director, Candace is responsible for managing website content, agendas and calendars, crafting press release drafts and social media updates and ensuring smooth and effective communications with clients and the media.