Commonwealth of Virginia to Use Lightower for Data Network Services 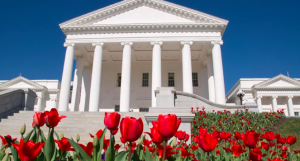 Lightower Fiber Networks, announced today that it’s been named an authorized vendor to the Commonwealth of Virginia for Data Network Services. The contract enables Lightower to offer a range of all-fiber networking and high performance Internet services to public bodies, government agencies, non-profit organizations, schools, and libraries, throughout the state.

All authorized users may use the Virginia Information Technologies Agency (VITA) broadband Internet services contracts to obtain services for Internet access. Authorized users include all public bodies, including VITA, and all commonwealth agencies as defined by 2.2-4301 and referenced by 2.2-4304 of the Code of Virginia. The award was made in accordance with the terms and conditions stated in Request for Proposal RFP 2015-17 for broadband services.

“At Lightower, we are excited about this contract award and our opportunity to serve so many different parts of the government in Virginia,” commented Rob Shanahan, CEO of Lightower. “The award of this contract solidifies our history of successfully serving high performance networking to government agencies and organizations throughout the country. Agencies and public bodies will be able to rapidly scale their networking capacities and dramatically improve the experience for end users and constituents.”

In August 2013, Lightower first announced construction of more than 1,100 route miles of fiber network blanketing most of Virginia. This Lightower investment into Virginia’s infrastructure was completed in November of 2014. Since then, municipalities and government agencies have had access to Lightower’s entire suite of high performance networking solutions, including all-fiber access to over 15,000 service locations, including over 250 data centers and multiple cloud service providers including Amazon Web Services, Microsoft Azure, Google and many more.