Previous Next
Canada Set to Lead in Global Technology Innovation 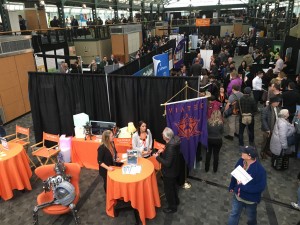 At the end of last month, JSA Canada went to Victoria, British Columbia to take part in the annual Discover Tectoria conference and expo on February 23. The event’s name is fitting since the city continues to experience steady growth in its technology sector. In fact, for 2017, technology was the number one industry in Victoria, generating $4 billion in annual revenue – up from the $600 million it generated in 1999. With 904 tech companies employing over 15,000 individuals, it is little wonder major publications like Vogue, the Huffington Post, The Globe and Mail and The Toronto Star have begun referring to the city as Tectoria. By 2030, Victoria’s tech sector plans to more than double its annual revenue to $10 billion.

One of the trends that stood out from our time networking on the expo floor was growing interest in smart city technology. Smart cities rely on data-based technological innovation to improve the socio-economic quality of life of their residents. Automation, machine learning and the internet of things (IoT) all converge to make smarty city initiatives a reality. Almost every aspect of city life from traffic management and sanitation to water metering and building design can be improved using smart technology.

The Canadian government has launched a Smart Cities Challenge to incentivize municipalities across the country to develop new ways of using technology to solve real-world challenges. After the competition deadline of April 24, 2018, the winning proposals will receive financial prizes ranging from $5 million to $50 million. The South Island Prosperity Project is leading the Victoria region’s bid for the competition. They have been working with nearby communities, First Nations, academia, enterprises and other stakeholders to develop a strategic 2040 vision and plan. This is undoubtedly an exciting opportunity for the Greater Victoria Area, but it is not the only city in Canada where the technology industry continues to boom. Here is a list of Canada’s top tech cities!

At the end of 2017, Toronto hit the top spot on CBRE Canada’s second annual ranking of top tech markets for workers and employers. The city has already attracted roughly 30 percent of Canada’s IT firms, many of which have less than 50 employees. As such, there is plenty of opportunity for younger companies to grow over the next decade. When it comes to revenue, Toronto’s tech firms rake in approximately $52 billion each year. The Canadian government just announced an Ontario-based supercluster around advanced manufacturing to bring the country’s industrial sectors into the digital age with robotics, 3D printing and IoT. This investment is designed to increase Canada’s competitive advantage in international supply chains.

Although geographically nestled between the burgeoning markets of Toronto and Montreal, Ottawa has recently initiated a new drive to brand itself a specialty destination for tech companies and their employees. In the March budget for 2017, the government announced its Innovative Solutions Canada program, which requires 20 federal departments to set aside one percent of their research and development expenditures annually to buy “novel solutions” from start ups answering “challenges proposed by federal departments and agencies”. In total, this is a $100 million investment in Ottawa’s tech sector. CBRE Canada gave Ottawa the second prize on its 2017 end-of-year ranking.

As BC’s third largest economic driver, Vancouver’s technology sector has been aptly dubbed ‘Silicon Valley North’. Bloomberg Business has even referred to the city as “the new tech hub” in Western North America. According to the BC Tech Association, approximately 35,000 jobs will be created by 2021. With tech-focused universities and low corporate tax rates, the city has proven to be an attractive market for rising entrepreneurs as well as established corporations. Vancouver is also one of the least expensive cities to start a tech company in either Canada or the US.

CBRE reports that the cost of employee salaries and rent in Vancouver is approximately $24 million US a year. This is less than half of the $57 million US it takes to do the same in San Francisco’s Silicon Valley. The difference is underpinned by the fact that the average salary of Vancouver tech workers is just over $79,000 US. This is anywhere from $34,000 to $44,000 less per year than that of their counterparts in cities like Seattle and San Francisco. Industry experts expect that, over time, wages will rise as the city’s sector and reputation continues to grow.

The Canadian government is funding a BC-based Digital Technology supercluster designed to combine Big Data and other IoT technologies in support of critical economic sectors like healthcare, forestry and manufacturing.

No list of Canadian tech cities would be complete without Montreal. From the growth of hyperscale data centers and cloud computing to innovations in virtual reality and wearable technology, the city’s tech industry is incredibly diverse. As well, Montreal is currently involved in becoming a world center for artificial intelligence (AI) innovation. Just a few weeks ago, the federal government announced funding for a Quebec-based innovation supercluster aptly named AI-Powered Supply Chains Supercluster (SCALE.AI). This supercluster will bring the country’s retail, manufacturing, transportation, infrastructure and information technology sectors together in building intelligent supply chains through AI and robotics. As a key city within Quebec, this will help solidify Montreal’s growing global reputation for next-generation, cutting-edge AI innovation over the next ten years. 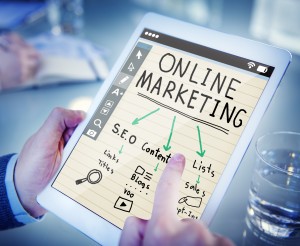 Are you a part of any of these growing Canadian tech sectors? Are you looking to attract more attention to your innovations? JSA Canada can help! We have the award-winning, proven expertise to help you meet your goals. Reach out to us by email or Twitter, LinkedIn and YouTube! Check out our new product, JSA Release and let us know your thoughts.