Cables in Atlantic on the Verge of Massive Subsea Shift

The subsea industry has undergone a major transformation in recent years with new builds happening around the globe. This growth is spurred mostly by content providers wanting to get into the 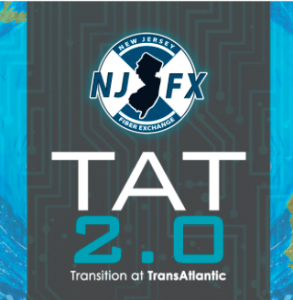 game in order to control their own subsea systems, increase bandwidth capacities and lower costs. Now, hyperscale OTTs are making waves by building out their own subsea cable systems, such as the HAVFRUE transatlantic subsea cable system between NJFX’s carrier-neutral cable landing station (CLS) in New Jersey and Denmark – led by a consortium including Facebook, Google, Bulk Infrastructure and Aqua Comms.

Gil Santaliz recently spoke at Submarine Networks EMEA 2019 in London about the changing dynamics of the subsea industry and specifically about the transatlantic subsea evolution. In his keynote, Transition at Transatlantic TAT 2.0, Santaliz spoke about new uses of subsea networks, new players and entrants into the market along with the changing business models, innovative technologies and the benefits of carrier-neutral cable landing stations like those provided by NJFX in Wall, New Jersey.

As noted in Santaliz’s Total Telecom Q&A: Transition at Transatlantic TAT 2.0, dynamics include:

Learn more in Gil’s video interview by Total Telecom, which includes the latest on:

“By being carrier-neutral,” stated Santaliz, “we can have many backhaul providers in one location, and the very nature of that allows for competition, better service, better diversity and better price execution.”

While at the conference, Santaliz also spoke with Hot Telecom in a HotShot FaceOff video with Nigel Bayliff, CEO for Aqua Comms. The two CEOs sparred about trends, future industry outlooks (specialization is the name of the game and will allow for best in breed across the board), and of course what will be HOT in the year ahead. Check out the HotShot video here. In the end, the two thought-leaders both agreed that collaboration and building great relationships are the keys for success going forward. In other words, go big or go home!