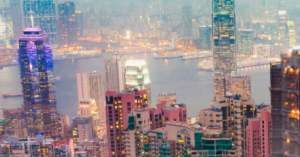 The current latency between London and Tokyo is 156ms.  Latency from TY3 (Tokyo) to NY4 (New York) has been lowered from 148ms to 136ms, while the transatlantic latency from London to NYC has been lowered to 63.3ms.The decrease in milliseconds will result in even lower latency and faster execution, empowering BSO’s FX customers to maximize the number of trades processed on the ultra low latency network.

“Network latencies are all about time and money in the international FX community. We understand that a single millisecond can have a powerful impact for our customers and give them the competitive advantage they need,” says Michael Ourabah, CEO at BSO. “We are always pushing the limits of our network infrastructure, which has resulted in ultra low latency connectivity on one of the busiest FX circuits in the world.”

BSO has placed a strong emphasis on further growing the company’s presence in the New York and Tokyo markets during the past year. In June 2015, BSO officially opened a regional headquarters in New York to further support its growing US client base. In October last year, the company announced the launch of the most direct network path between three key financial data centres in Tokyo – KVH Tokyo DC1, Tokyo TY3 and @Tokyo. The connectivity was a result of the company’s new dark fibre metro network service, which reduces the complexity associated with accessing Tokyo’s markets.