bBooth, Inc. is a honored to join forces and sponsor The Dance Free Movement, a viral social media campaign that promotes body positivity and anti-cyber bullying.

The #FindDancingMan dance party born of its like-named viral Twitter campaign will be held at the Avalon Hollywood, 1735 Vine St at 7 PM on May 23rd. The invite-only event will begin with a red carpet arrival and will feature celebrity appearances, including headliner Moby. 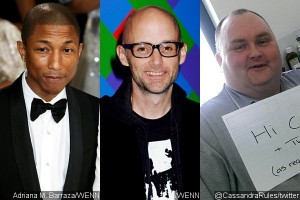 As a sponsor of the movement, bBooth will be placing one of its professional quality, video recording booths at the event, for attendees to record their #dancefree moves and to encourage social sharing of their videos, for increased anti-bullying awareness.

Sean O’Brien, the ‘Dancing Man’, became a social sensation earlier this year when a fellow club-goer made fun of Sean dancing, posting a cruel comment and picture. Although the picture started from a place of Internet cruelty, it quickly changed into an uplifting movement, where a writer at The Free Thought Project did a social search to find the ‘Dancing Man’, inviting him to LA for an epic dance party. With the power of the Internet, celebrities like Moby and Pharrell and brands like bBooth offered their help and support.