The “roast” style contest challenged participants to record and share their one-liner video’s using the app. Marlin Croon, formerly of Motown Records, received a cash reward, a meet and greet with Mike Cano, and a VIP table at The Ontario Improv’s “Mike Cano’s Comedy Party”. Click here to view her winning submission, all submissions were judged on likes, laughs and shares.

“As a former music marketing executive, I was so excited to find the Songstagram/kord platform,” Croon said.  If I could have had a tool like this when I was doing grassroots marketing for artists, it would have grown our fan engagement exponentially!”

Mike Cano shared funny submissions across his social media outlets.  “I love that I get the opportunity to 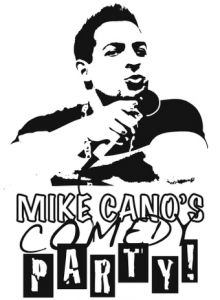 directly interact and share videos with my fans through Songstagram/kord,” stated Cano.

Cano is a regular comedian at many comedy clubs and appeared on NBC Universal’s Mun2 TV, Fuse TV, and Latino 101. Cano is now the host of his own comedy show, “Mike Cano’s Comedy Party”, held regularly at The Ontario Improv. On April 21, Cano will announce the launch of the second “Laugh at My Expense” contest during his comedy show at 8:00 p.m. Follow Cano on Twitter at @Mikecanolol to stay updated on the latest contest announcements and submissions.

“We see our platform as a creative intersection between entertainment, social media and technology,” stated bBooth CEO, Rory J. Cutaia. “We look forward to providing new opportunities for artists and fans to engage like never before.”  The app is currently available as “Songstagram” on The App Store and Google Play.