Another Contract Awarded to XSite Modular!

Previous Next
Another Contract Awarded to XSite Modular!

XSite Modular is at it again! Having recently secured a design-build contract by Solomon Islands Submarine Cable Company Limited, the company has landed another deal. This time, it’s to design and build two cable landing stations and four repeater stations as part of the Philippine National Broadband Plan (NBP).  A Philippine government program, the NBP was established to accelerate the deployment of fiber-based and wireless technologies to improve internet speed and affordability across the country. 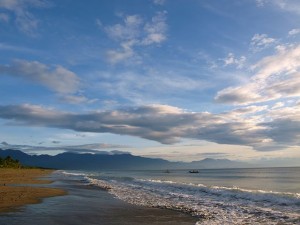 The stations will be an integral part to the larger Pacific Light Cable Network (PLCN) submarine cable system, a 13,000-km (8,000 mile) transpacific cable that will link the Philippines, Hong Kong, the United States, and Taiwan. With co-building by Google, Facebook and PLDC (Pacific Light Data Communication), the PLCN cable system will deliver more than 144 Tbps of capacity and will be the first subsea link directly connecting Hong Kong to the United States. The entire system is scheduled to be ready for service in 2019, and has gained interest and commitments from top tech firms operating worldwide.

“Our MCLS and repeater stations can withstand the worst natural disasters, security threats and failure scenarios imaginable,” states Amy Marks, CEO, XSite Modular. “The permanent steel and concrete buildings are designed to a 50-year lifespan and constructed using modular technology, which is ideal for scenarios such as these. We’re honored to have been awarded this contract and are excited to be a part of the great work being done by the Philippine government.”

In addition to being able to sustain threats, failures and natural disasters, the MCLS and repeater stations will provide critical services, including cooling, ventilation, fire detection and suppression, AC backup power, cable management, access control, video surveillance and a building management system, among others.

These buildings will ship off to various locations throughout the Philippines once complete, where they will be set, assembled and tested to meet the highest standards for critical infrastructure.

About the Author: Katie Estep