NJFX General Manager, Felix Seda, Brings the Company into 2018 and Beyond

Previous Next
NJFX General Manager, Felix Seda, Brings the Company into 2018 and Beyond

When Felix Seda came on board at NJFX in 2015, the company was on a mission: to create a way for carriers and networks to get as close to the edge as possible, bridging the gap between the landing station and landline fiber routes. It had never been done before, and Mr. Seda was ready for the challenge.

Mr. Seda was instrumental in realizing this unprecedented endeavor and played a key role in carrying out the vision of CEO Gil Santaliz to establish NJFX, in Wall, New Jersey, as one of the most unique locations possible for secure global connectivity and through its many telecom carrier partners, the lowest latency between three continents: North America, Europe and South America.

This undertaking would redefine proximity, giving customers the opportunity to take control of their networks with routes that would directly connect them to the U.S., Europe and South America by way of Tata’s international CLS. By adding a little fiber to the typical data center diet, NJFX has created a new kind of facility that changes the way customers connect around the world.

From the very beginning, Mr. Seda had his hands in every aspect of the company. Initially, his role was to oversee everything that was happening, including acting as liaison with NJFX’s vendors and clients, facilitating the onboarding and generally keeping the process moving forward smoothly.

As time went on and the campus was up and running, Mr. Seda started overseeing customer access, coordinating all the security protocols and developing a relationship with the Federal Government via the Department of Homeland Security. “NJFX is a DHS site because of where it’s located. The company must follow stringent security access protocols. We work closely with the Wall, New Jersey Police Department and I still maintain the relationship with DHS to this day,” says Mr. Seda.

Mr. Seda covers all NJFX’s internal processes, keeping a close eye on customer developments and installations. He deployed the use of a CRM tool that provides efficiency and streamlines all processes on a high-level standpoint, so any technical support questions are answered, and any client issue is resolved very quickly. The company was designated SSAE 16 Type II certification in 2017 and now has 24-7/365 on-site support. 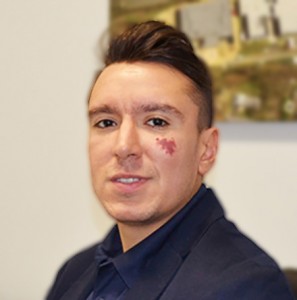 It’s been just two years since NJFX broke ground at its 64,800-square-foot, Tier 3 carrier-neutral data center in Wall, New Jersey. Since then, and with Mr. Seda’s crucial role, NJFX has achieved interconnection to over one million route miles, both subsea and terrestrial, and more than one million square feet of global data center space across 240 countries.

“We set out to build a facility that would provide highly flexible, scalable and robust infrastructure complete with the highest reliability, ample power supply and energy efficiency,” says Mr. Seda. “We listened to what our clients require and through that have been able to reach that goal in just one year and innovate to better serve them. We are looking ahead to even more growth.”

Mr. Seda is also focused on hiring and growing the NJFX team. “I am proud of how far the company has come and the high level of talented people we have as part of our team,” says Seda. For example, Cliff Gasior recently joined NJFX as Director of Engineering and is responsible for managing operational quality to ensure maximum uptime for clients. Amanda Norman was recently brought on board to serve as Ecosystem Development Manager. Ms. Norman is responsible for helping partners and customers within the NJFX network collaborate and take advantage of all that the ecosystem offers.

With the addition of Mr. Gasior and Ms. Norman, Mr. Seda has been able to step out of the operations side and push more into the sales side as the company looks to 2018. “I have close relationships with the clients and my experience with day-to-day operations will greatly help me be effective in a sales capacity because I know what is important to our customers,” says Seda.

Mr. Seda comes to NJFX form Barclay’s in New York, a well-established investment bank, as an Assistant Vice President. Mr. Seda loves to travel, is a huge Yankees and Knicks fan and is a graduate of Trinity College in Hartford, CT with a degree in International Relations/Public Policy.