2018 Marks a Year of Unprecedented Connectivity for NJFX

Previous Next
2018 Marks a Year of Unprecedented Connectivity for NJFX

NJFX is celebrating many milestones this year, including unprecedented growth, highlighted by the announcement that the latest transatlantic subsea cable system, HAVFRUE, will land at its Tier 3 CLS campus. HAVFRUE is just the most recent project involving NJFX that increases subsea capacity, North American and indeed, global connectivity.

“NJFX does something that no other facility can: provide a viable alternative for carriers and large organizations to design resilient network architectures and further ensure global networks stay operational,” commented Gil Santaliz, CEO for NJFX.

In addition to the HAVFRUE cable system consortium partners choosing NJFX as its landing point, a new cable directly connecting NJFX in Wall Township, NJ to Shirley, NY, owned and operated by Crosslake Fibre, was the first subsea cable announced between these two points to entirely bypass congested legacy routes in lower Manhattan. “With a total of three subsea cables, soon to be five, coming into its colocation campus, NJFX is rivalling any location in terms of having a vast amount of subsea cable capacity in one place, and a vibrant and growing ecosystem of submarine cables,” adds Santaliz.

Other milestone developments include large carriers choosing NJFX as an interconnection point to fortify and expand their communications networks. Earlier this year, Sparkle invested in half of the Seabras-1 subsea cable, terminating at NJFX and Sao Paulo, Brazil, and in doing so developed a closed ring creating diverse routes and secure, high capacity networks to meet exponential bandwidth demand. The routes bypass two huge, single points of failure: New York and Miami. “Sparkle solved a problem that has plagued the industry for more than 10 years. The company now offers a complete, diverse wet route all the way down to Miami. Now someone in Ashburn, VA can reach the Caribbean without going through Manhattan. The company has also found a way to get to the Caribbean and South America and bypass Miami and New York – completely avoiding two traditional pain points,” stated Santaliz. 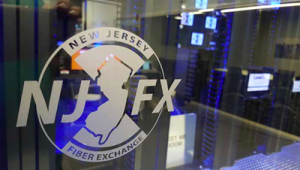 Similarly, Zayo can now offer low-latency connectivity from the U.S. to key financial centers in Europe, South America and Asia. Zayo has established a point of presence in the NJFX’s Tier 3 data center, providing direct access to the subsea cable systems and local fiber providers that terminate in the data center. “Our vision is to provide a ‘one stop shop’ for customers who want to trade globally, alleviating the need to work with different vendors in each region they are operating,” said Brandon Gouin, general manager of Spread Networks by Zayo. “The expanded global capability extends and strengthens our unique value proposition in the financial marketplace.”

Next, NJFX partnered with Windstream Wholesale to expand its core network into NJFX’s international landing station. The Windstream/NJFX deal will expand Windstream’s capacity to major data center markets. Windstream especially called attention to the impact the move will have on capacity in Ashburn, VA and the Newark, N.J./New York City metro area.

“This buildout with its connections to Wall Township, N.J., will provide enterprises, international carriers and content providers fast access from our coast-to-coast network to major subsea cable systems,” said Joe Scattareggia, executive vice president of Wholesale at Windstream Enterprise and Wholesale. “Our network expansion strategy also includes easy access to other international networks through our links in Texas and South Florida and to Asia Pacific cable systems on the West Coast.”

NJFX is proud to provide diversity, security, low-latency and a vast carrier ecosystem. “Route diversity is paramount to telecom providers. Our rich carrier ecosystem without recurring fees for cross connects goes a long way to further ensure these providers aren’t single threaded and exposed,” said Santaliz. “We have demonstrated tremendous value to our customers with the ability to interconnect to major international subsea networks complimented by terrestrial networks in the U.S.”